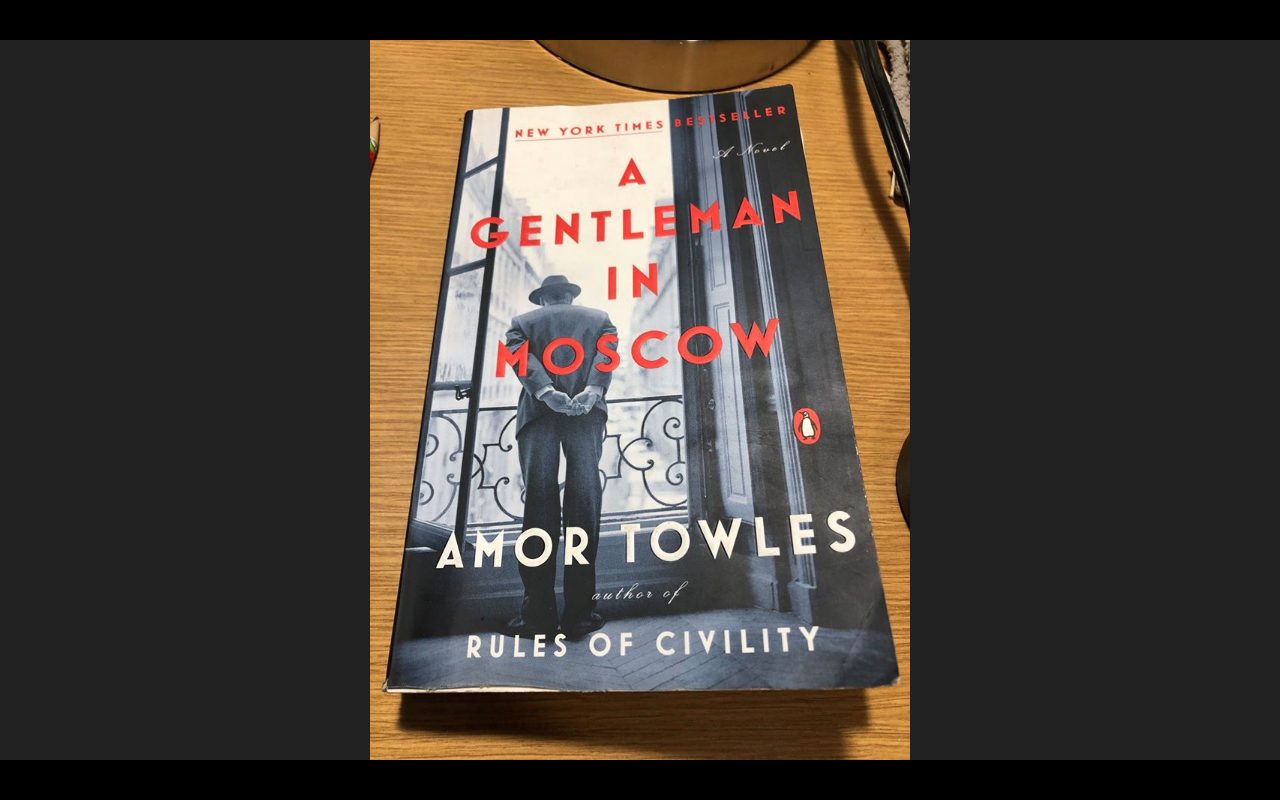 A Gentleman in Moscow by Amor Towles

If you are looking for a novel that might help you navigate the confinement of the Corona-containment, here’s a worthy recommendation. A Gentleman In Moscow by Amor Towles is the book you are looking for. This New York Times Bestseller is worth the effort.

The story pivots around Count Alexander Rostov, who is a Russian aristocrat, who returns to Moscow in 1922, as a 30 year old, after the Russian Revolution of 1918. Rather than being shot, a Bolshevik tribunal sentences Count Rostov to a life house arrest inside in the Metropal, a grand hotel near the Kremlin. If he leaves the hotel for any reason he will be shot on sight. Count Alexander was an unrepentant man of his upbringing, and sets out to maintain the life of a gentleman, in manners and character, despite his forced confinement. He lived out the credo that “Adversity presents itself in many forms; and that if a man does not master his circumstances than he is bound to be mastered by them.” Rostov spends the next thirty plus years living in an attic room in a hotel that was the center of Russian social and political life, and as a result has a front row least as some of the most tumultuous decades in Russian history unfold. With some twists and intrigue, some surprising friendships, the Counts life tells a story this was story that was a pleasure to experience.

The value of A Gentleman in Moscow is that the main character Count Rostov teaches us how to live well in confinement, never allowing the scarcity of his situation to betray his sense of dignity and nobility. He reveals that a life well lived does not require a passport, but an inner resolve that refuses to allow one’s circumstances to define one’s identity. There is also great value in overhearing Russian history through the lens of an aristocrat whose sympathies never betray his aristocratic identity. One learns a lot from the voice of the margin, even if that voice was once upon a time a voice of privilege.

462 pages. The book is slow at first, but Towles lays the seeds along the way, for a great narrative to harvest in its conclusion. It is well written, with a sense of style that honors the main character. One could read this at the beach as well as enjoy it next to the fire sipping some brandy.